The food in Kolhapur  is ,strong in flavor from the spices  which are grown here ,the rich color and heat is imparted by locally cultivated Kolhapuri  Deggi Mirch . Prior to independence, Kolhapur was ruled by Bhosale Chhatrapati ,royal clan of the Maratha empire. The state is popular for its non-vegetarian food fare  as  during the olden days prior to 1970 hunting of wild boar, deers  etc was popular among the kings.

We enjoyed local non-vegetarian food fare at  the restaurant Gandhar located at Shivaji Chowk kolhapur.  We ordered a mutton thali and  komdi vade thali .The meal started with a hot clear soup of mutton with accompaniments like salad, raita, pickle , tambda rassa , pandhara rassa,egg curry  and sol kadi. the service was fast and the view from the restaurant was overwhelming. 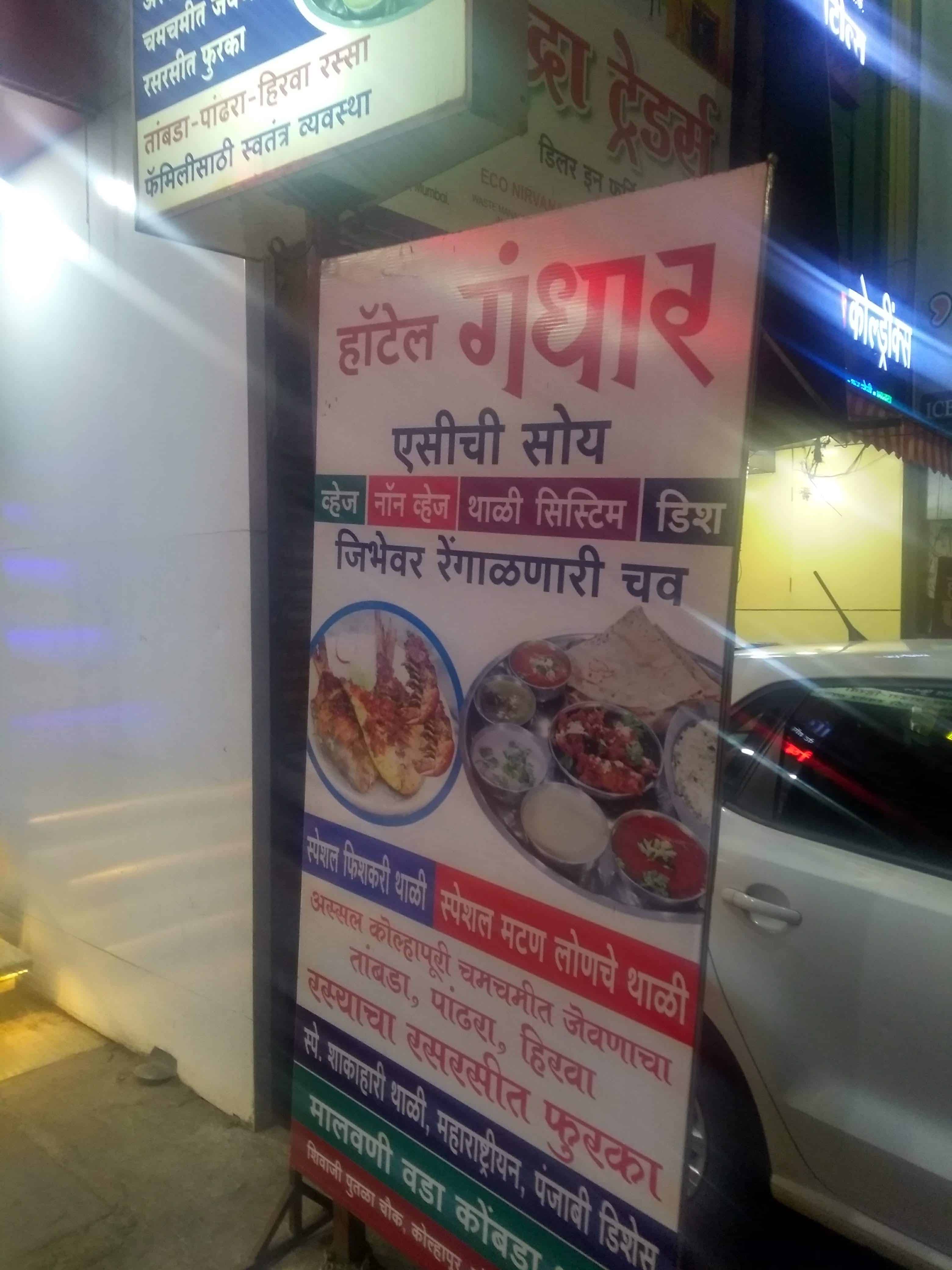 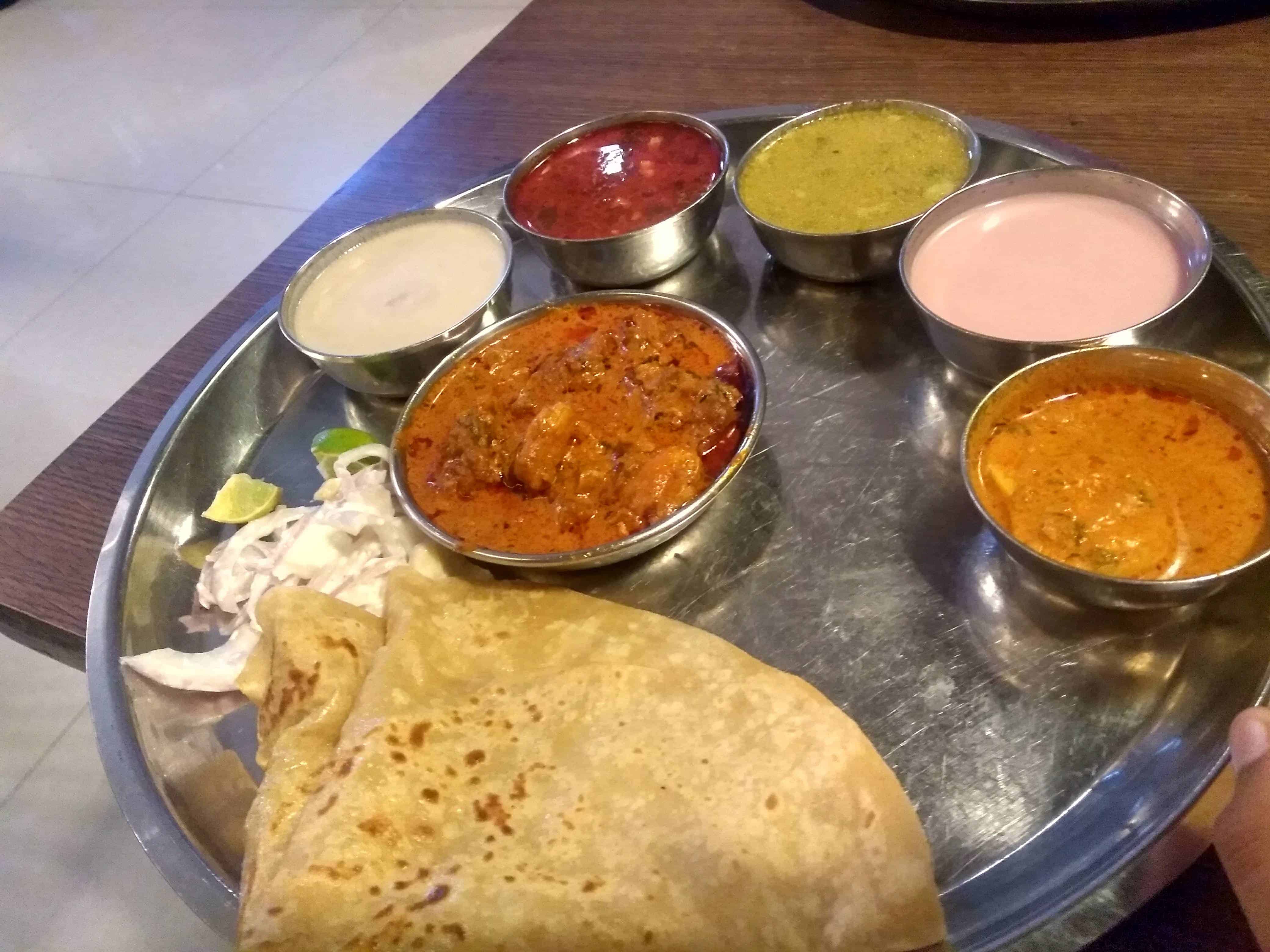 It is a white gravy prepared with boiled onions paste, mutton stock ,cashew nuts and cream. it is non spicy and has a rich royal flavor. In restaurants often  the gravy is often tunny and little cornflour may be used to thicken the gravy. Click here for the recipe

The rich and spicy chicken curry with flavors from brown onions paste and coconut milk is mind blowing and a must try if you visit the city. Click here for the recipe 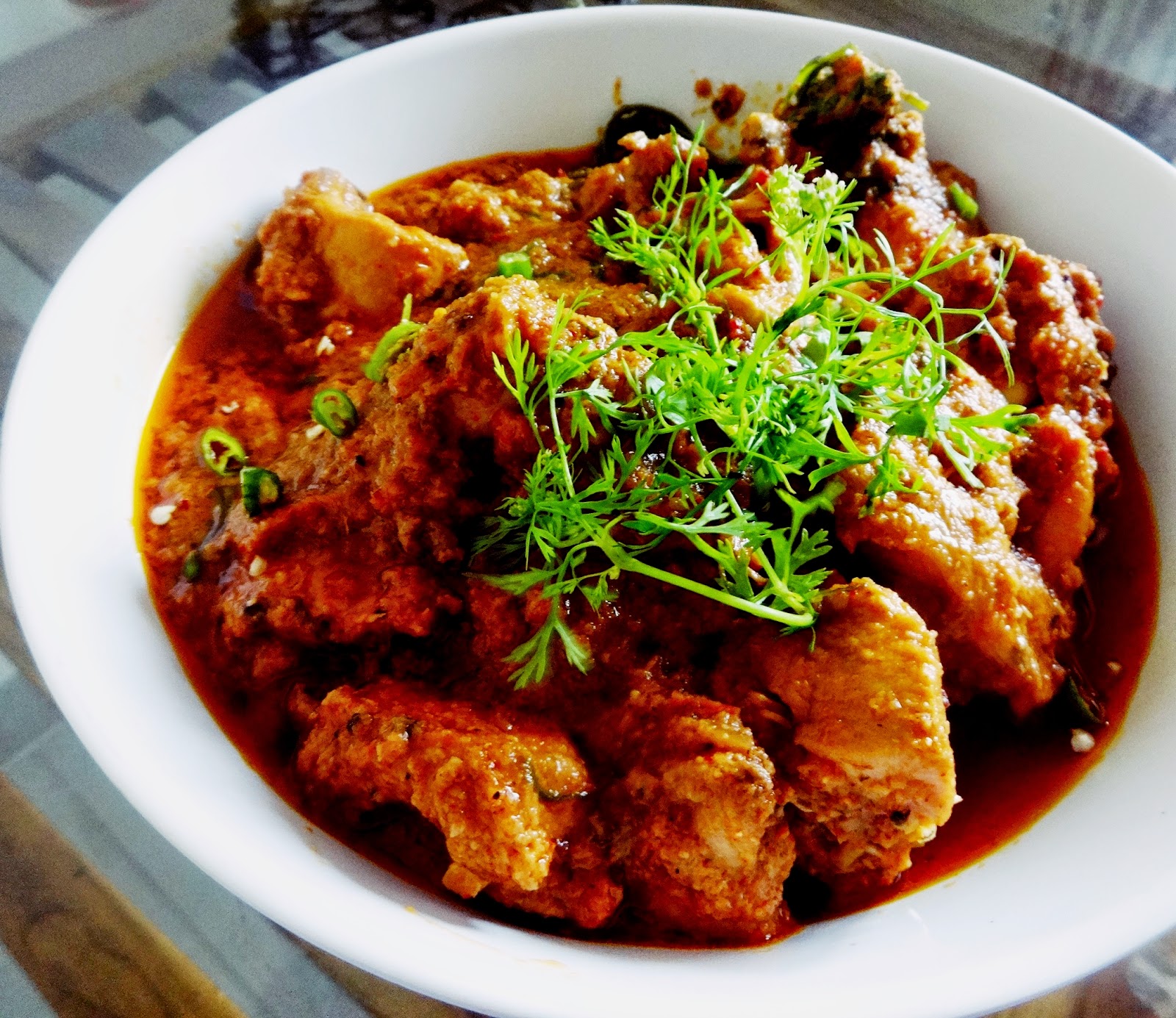 It is a combination of deep fried gluten free breads (vade) made of rice flour and urud dal , served with a chicken(Komdi in Marathi) curry ,which can be chicken kolhapuri or chicken shukha , a dry spicy chicken sidedish.

This a traditional Maharashtrian beverage served along with spicy main course , and works as a cooler .It contains the juice of a sour  fruit kokum diluted with coconut milk and spiced with garlic. Its a must if you try Maharashtian local thali. It is said to detoxify your system .