This was not a planned trip but I was nurturing  secret wish of visiting  Kolhapur some day ,for their traditional cuisine and spices. But there was so much more . Being a Doctoral research student  of Computer Science, I got an opportunity to write and present a  research paper at the national linguistic conference held at the Kolhapur University .Though tensed about my presentation at the conference ,I was excited about visiting a new place which had a rich cultural history.

I traveled along with my mom and my daughter ,so I booked ticket for volvo bus  from Red bus from Mumbai to Kolhapur. It was a full sleeper with complete sleeping facility during overnight journey. We were given soft pillows and warm blankets during the journey and AC was on full blast. We boarded the bus from a nearby pickup point at around 9 pm and reached Kolhapur at around 8 am morning. Over all the journey was safe and comfortable.

How the city got its name?

There is a mythology behind the name of Kolhapur. The name Kolhapur came from a demon Kolhasur who was the king of this region.He has four sons and when the sons grew up he transferred the responsibility of his kingdom to his 4 sons and went to the forest for “tapasya” ,a deep meditation which involves complete dedication of body and mind towards God.
But the sons of Kolhasur started torturing the local citizens .These four sons were thus killed by Brahma,Vishnu, Maheshwar and Indra.
After the demise of his sons Kolhasur returned from the forest and ruled for 100 years tormenting and torturing people.After 100 years there was a war between the God and demons and Goddess Mahalakshmi killed this demon.

I had the option of staying in University’s guest house among the beauty of nature which is far flung from the city . Instead i stayed in a lodge near the temple called Bhagwati lodge. The rooms are big and clean and the local market is nearby. The price was around 1200 INR per day.

Places to visit in kolhapur

Ambadevi or Mahalakshmi temple is one of the 18 shakti peethas in India. Shakti peeth  is a place listed in Hindu purana as major sites of pilgrimage ,where parts of the body of Sati ,wife of Lord Shiva fell after being cut into pieces by the Sudarshana Chakra of Lord Vishnu.

The story revolves around Sati , the daughter of Prajapati Daksha , the son of Lord Brahma who falls in love with Lord Shiva and get married to him. After marriage ,one day Sati visited her father’s place to attend a yagnya in which she and her husband was not invited . But Prajapati Daksha insulted her and Lord Shiva. Feeling insulted and tortured Sati sacrifices her life in  the fire of the Yagnya.

Hearing the news about Sati’s death Lord Shiva dances with the dead body of Sati destroying everything that came in his way. Feeling concerned about Shiva and the existence of this world , Lord Vishnu cuts Sati’s body into pieces and wherever a part of the body fell became a Shati peeth. 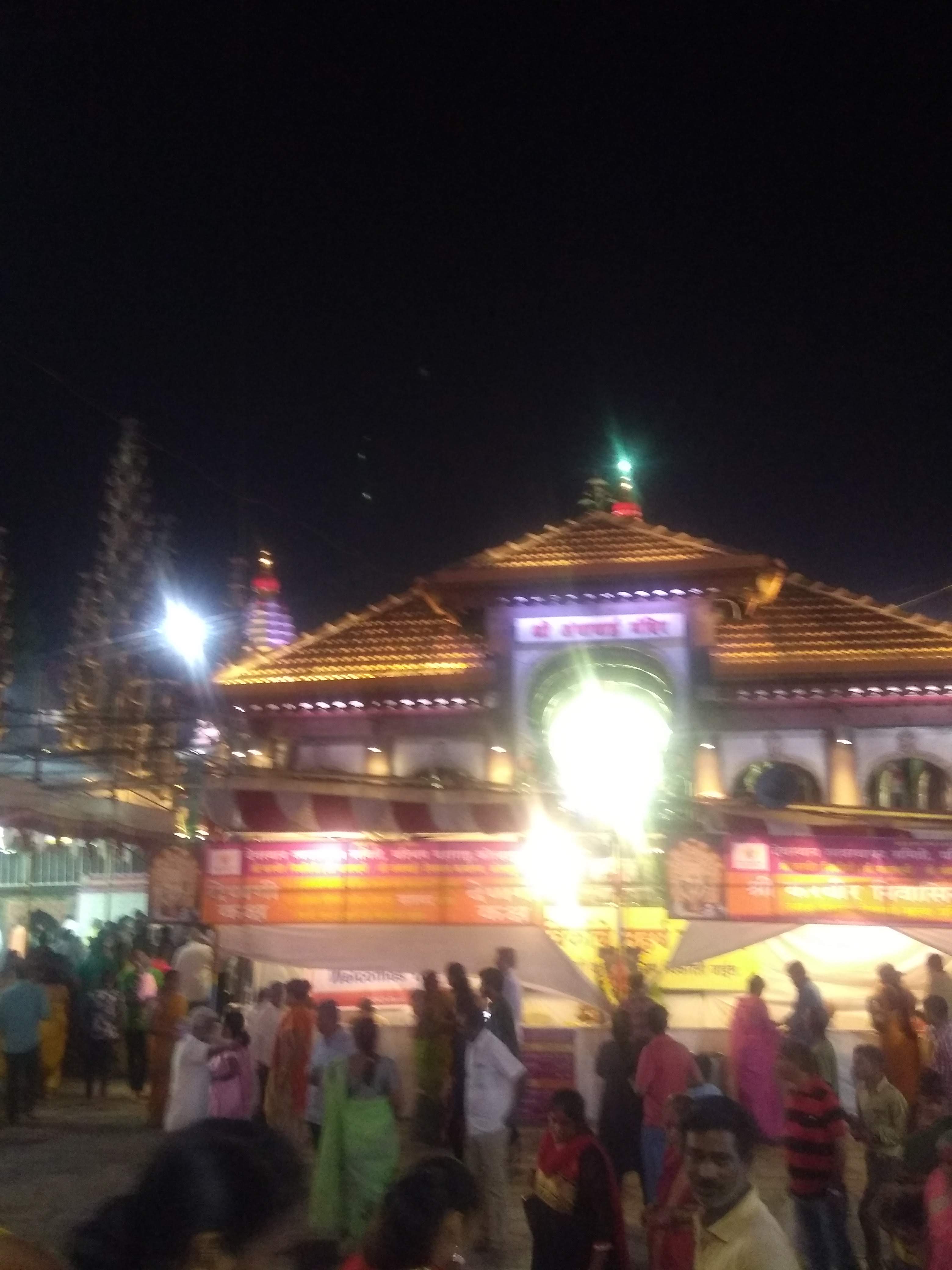 I have visited 4 shakti peethas around India, the first , Kalighat where  the toes of the right foot of Dakshayani or Sati fell. ,second being Tarapeeth where  third eye of Mata Sati  fell on a tree, both of these places are  in Bengal, third Kamakhya where yoni  or womb of Goddess Sati fell is  in Assam  and 4th Ambadevi  where the eyes  of the goddess are said to have fallen ,is in Kolhapur.

During  Dussera  festival in the month of October ,November the palanquin festival is celebrated ,when a procession is taken out on the streets of Kohapur with the members of royal family  and the present Chhatrapati Shahu Maharaj , in a traditional Maratha attire and Goddess Mahalakshmi  in a palanquin made of gold . The festival is worth a watch with various  with cultural performances .

Shivaji University was established in Kolhapur in the year 1962 and has a beautiful 853 acres campus ,with a mesmerizing lake view and rich with natural floras and faunas.  However I was advised not to explore the vicinity of the lake due to the existence of snakes in the lake water. The Botanical garden was beautiful with all greenery and you can sight a lot of peacocks in this garden, a rare experience indeed.

Kolhapur is a heaven for foodies  . During the evening I could see a magnificent display fare of diverse kinds of street food  on the Tarabai road leading towards the Mahalaxmi temple. The food here is spicy and represents the culture here which is a combination of authentic and fusion of various regional food.

If you visit Kolhapur you will notice the city wakes up late and the tea stalls will be ready serving tea ,mostly by 8 to 9 am. But the citizens are tea lovers as different varieties of tea I found here. I loved specially the tandoori chai where the tea are served clay cups heated in tandoor for several minutes. the tea has an earthy flavor. I also saw basundi chai ,where the tea is prepared in thicken milk called basundi. 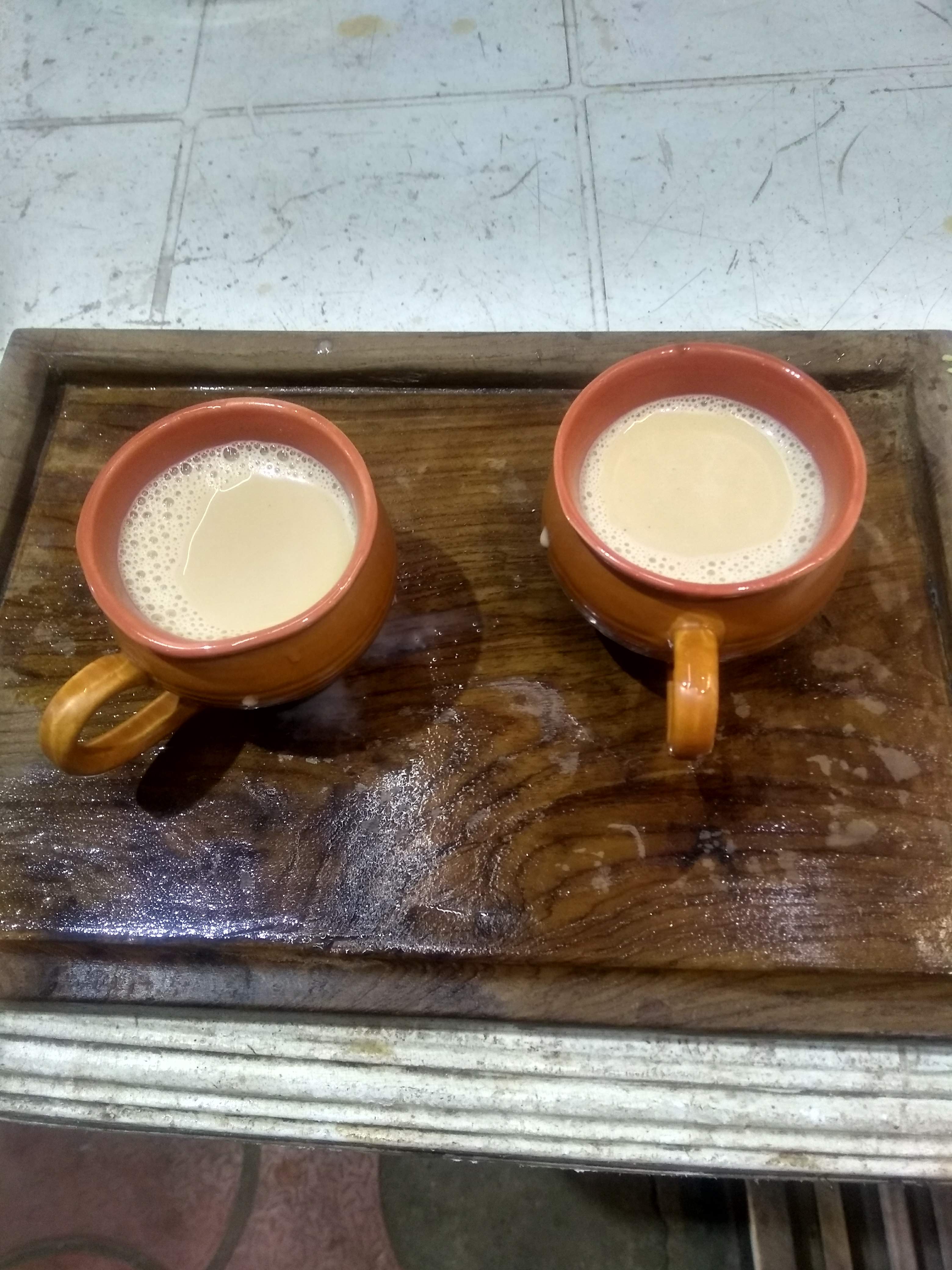 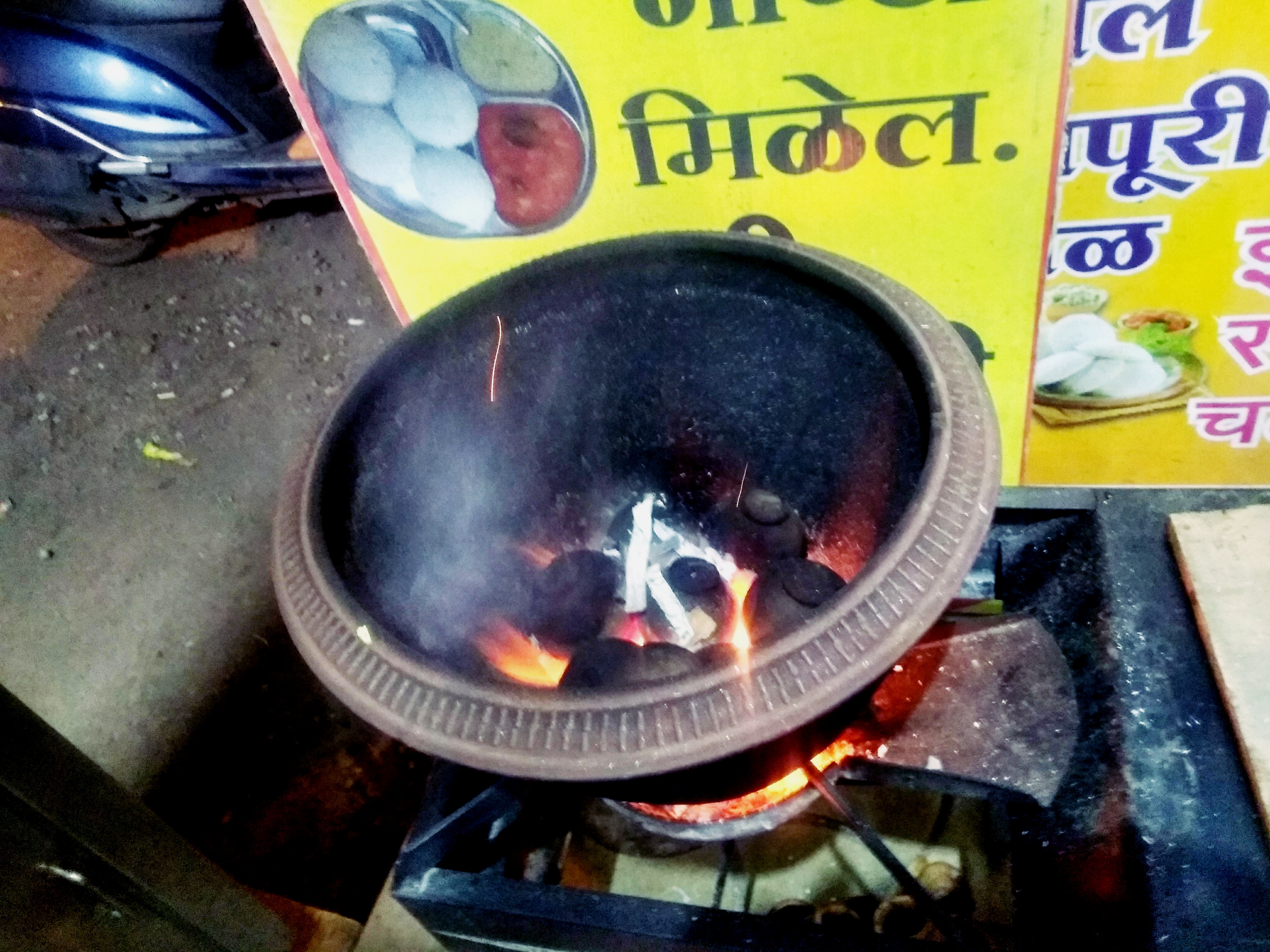 The food was not only limited to Maharashtrian tradition but I also could see varieties of Rice appes and paniyarams sold on the street by the South Indian ladies and the local Maharastrians happily savoring on them . These are small balls of idli batter fried on special appe pans containing semi spherical molds.

The pav served here are thick  freshly baked slices of milk breads unlike the loaves served with batata vada in mumbai. The vada is also double coated with chickpea flour and deep fried till crispy,different from the regular vadas available on the streets of mumbai which are softer. I just loved the crispiness. My favorite breakfast place was in Avani restaurant on the Tarabai road. 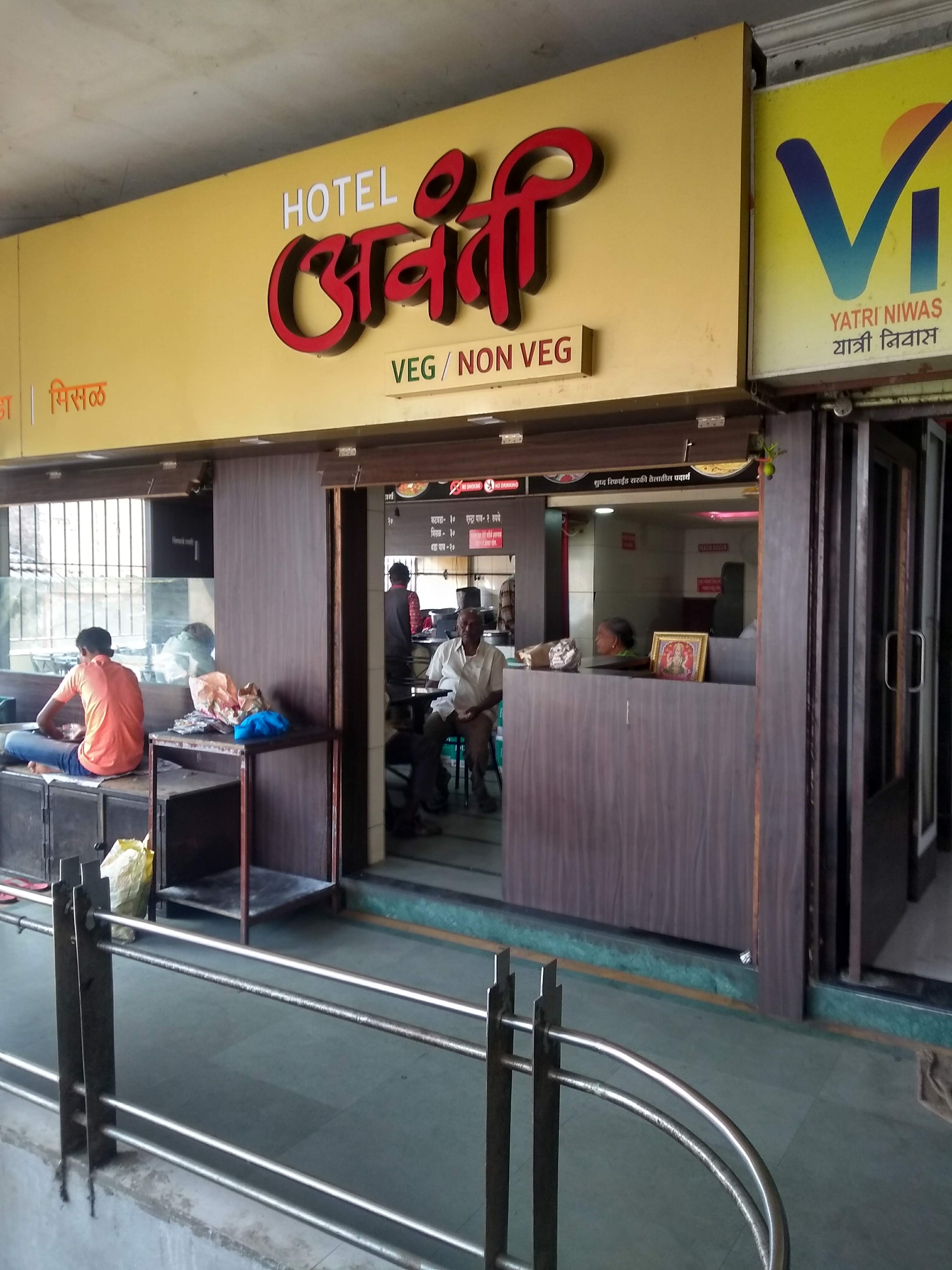 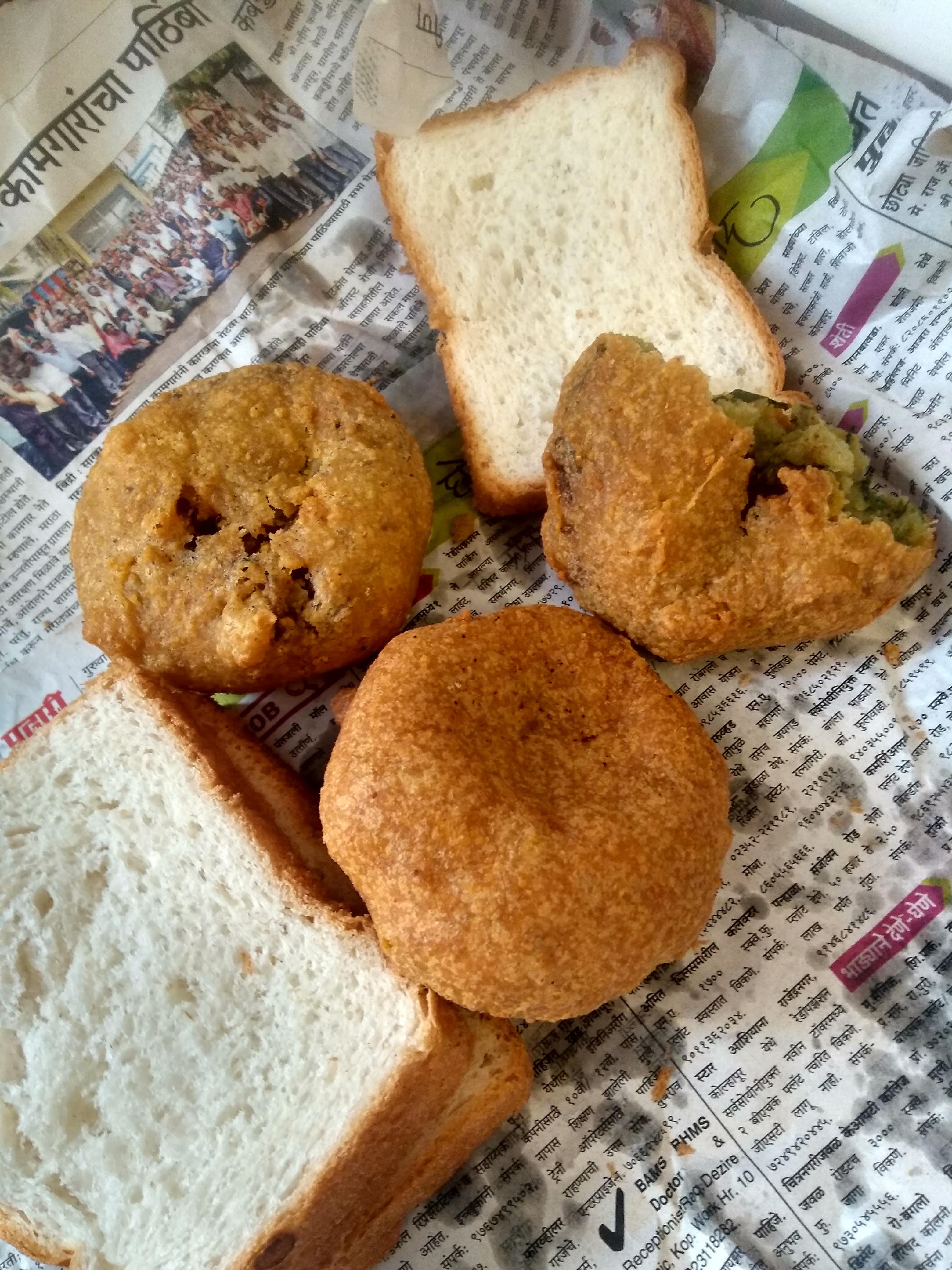 The misal served here is runny and spicy and served with loads of finely chopped onions and topped with crispy chickpea flour savories.

The onions and the savories are served separately while the misal is a thin spicy soup. Instead of pav the misal is served with freshly baked  sliced breads. 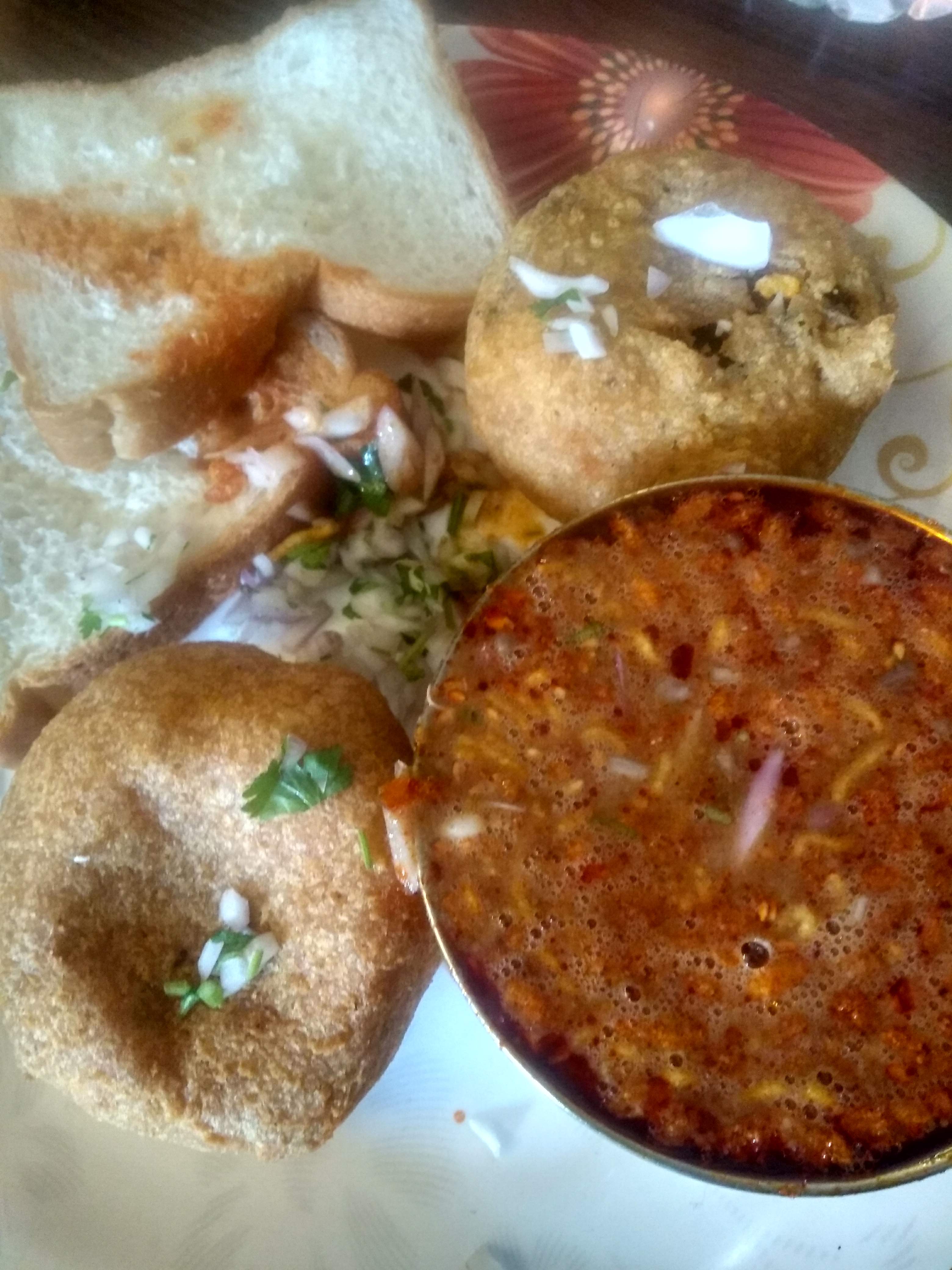 Varieties of chaats with boiled peanuts ,corns ,chick peas in addition to the regular pani puri, sev puri, Dahi puri are sold on trolleys for the locals.

If you have been to Kolhapur ,you should not forget packing a box of pedas for your friends , neighbors and colleagues. They are prepared with thickened milk for hours giving it a rich and nutty flavor.

other links on the Web